Today Pinterest crossed a pretty epic milestone: 150 million people around the world are now using Pinterest every single month. And we’ve got over 75 billion ideas waiting here for them to try. These are some big, exciting numbers. But what’s most exciting to me is just how diverse this group of people has become over the 6 or so years since we first created the site.

Over half of people on Pinterest, and a whopping 75% of new signups, are from outside the United States. And while Pinterest used to be thought of as mostly just for women, now 40% of people who join are men—that’s 70% more than this time last year! But what’s most inspiring is seeing all the different ways these people are using Pinterest.

People are trying all kinds of ideas on Pinterest

One the best things about Pinterest is that it gives you ideas for how to make everyday life easier, tastier and even more colorful. Here’s just a few things real people are trying on Pinterest right now... 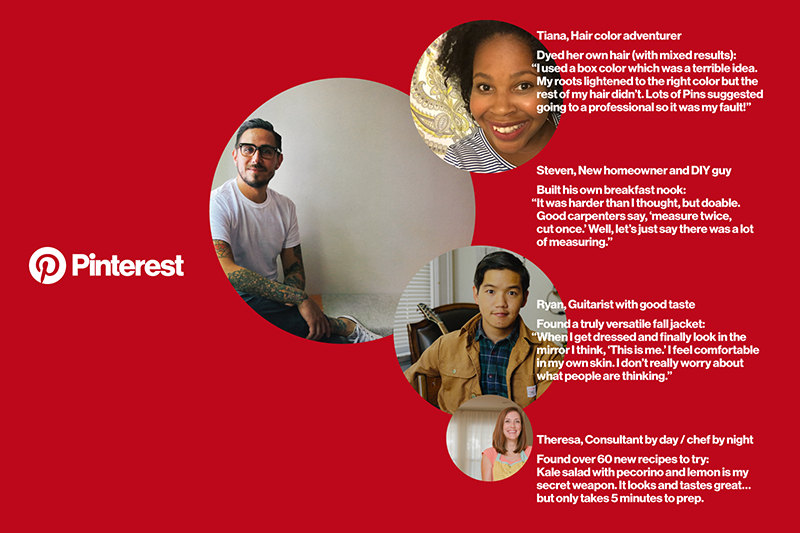 As a Pinner once said to me, “Pinterest is for yourself, not your selfies”—I love that. Pinterest is more of a personal tool, not a social one. People don’t really come here to see what their friends are doing. (There are lots of other great places out there for that!) Instead, they come to Pinterest to find ideas to try, figure out which ones they love, and learn a little bit about themselves in the process.

Personally I can’t wait to see what new ideas all these people bring to Pinterest, and find out what happens when they give those ideas a try.

Thank you all so much for being here... each and every one hundred and fifty million of you!