June marks Pride Month! To celebrate, people are turning to Pinterest to explore their identities, find ways to commemorate life’s moments and discover ways to support the LGBTQIA+ community. Our insights show that Pinterest is a positive place where people can be themselves, build community and feel that they belong.

The joy of celebrating where you belong

Gen Z has been known as a gender fluid group that has always challenged societal norms. Global searches around gender expression, seeking support and creating belonging within the community are all trending upwards on Pinterest. Searches for “gender identity” have increased 55%, “genderfluid aesthetic” were 2X higher and “genderfluid flag” increased 50% in just the past year.

People are also using Pinterest to celebrate moments like “coming out photoshoot” which was up   +44% and “coming out party” searches were +67% greater. In fact, our 2022 Pinterest Predicts report revealed that “Altbashes” would be on trend this year! Pinterest users want to show support to the community with increased searches for “lgbt support” up 4 times and “lgbt ally” showing more than 75%, while searches for “lgbt community” were nearly 60% more.

Posters and flags are also great to show advocacy and support during Pride. Searches for “lgbtqia+ flags” have increased by 2 times, “lgbtq posters designed” were 7 times higher, while searches for “genderqueer flag” grew more than 80%.

To ensure the creativity that comes from LGBTQIA+ creators is not overlooked, the Creator Fund will  reduce barriers of entry for them to reach new audiences on Pinterest and give them resources to bring even more creativity to the platform. During training, creators will learn current and relevant Pinner searches such as rainbow peekaboo hair (up 3X) or pride makeup ideas (up 2X).  The goal for the Creator Fund is to foster talent through financial and educational support.

For this first cohort, the UK will focus on fashion and beauty creators while Brazil will combine creators from the food, beauty, fashion and decor categories. 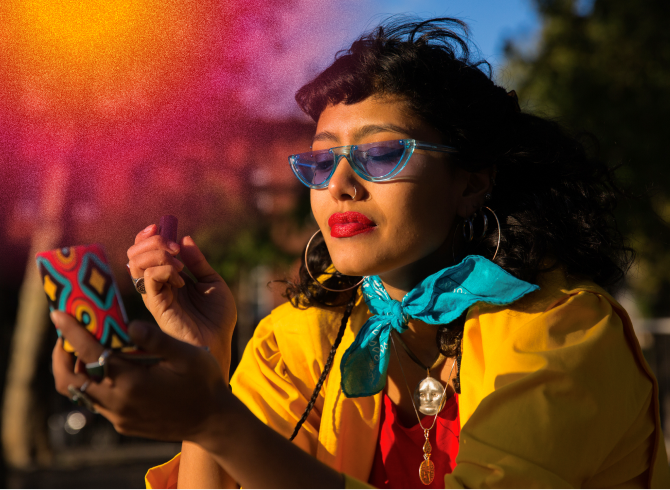 Throughout June, creators from several countries, including the US, France, Brazil and Germany, among others, will inspire Pinners on the platform across PinTV, Creator Originals, Shopping Spotlights and more, to share how they are celebrating Pride, advocating for issues within the community and cultivating a sense of belonging.

Also, over the next few weeks, when Pinners globally search for terms related to “Pride” on Pinterest, they will see a landing page on Today’s Inspiration with the theme of this year’s campaign, We Belong Here, that will lead them to Pride focused boards and articles on celebrating belonging.